A Brief History of the Vaporizer

A Brief History of the Vaporizer

When Stephen Hawking wrote his famous book ‘A Brief History of Time: From Big Bang to Black Holes’, he failed to mention the incredible history of the dry herb vaporizer. Oh well.  Today we’re going to be looking at exactly that! We will be exploring how early vaping began, the many different types of vaporizer, and how dry herb vaporizers may adapt in the future. One thing is for certain, the dry herb vaporizer has had many many forms throughout history, and there are more similarities than differences. As always, strap yourselves in as we fly through time and space. Let’s do this.

Vaping is an alternative to smoking and it allows for the user to inhale nicotine, dry herb, concentrate and many other things, without the unhealthy process of combustion (which is what smoking is). The vaporizer heats whatever is inside at a temperature that allows for the materials to be released, without burning them. This avoids dangerous toxins being released, maintains more of the plant’s flavour and makes the experience of inhalation a lot healthier.

When did it start?

When most people think of vaping, they imagine an indie-looking bearded man, holding a small electronic pen, hidden behind a cloud of smoke…reading Nietzche. However, the truth is that although vaping culture has increased hugely since the 2000s, the act of vaping can be traced back to ancient civilisations: such as the Egyptians and Indians.

Vaping and vape culture really took off in the 2000s, especially with the dry herb vaporizer and the e-cigarette gaining popularity. However, although dry herb vaporizers and all types of vapes may look futuristic, the science behind the heating of the materials has been around for centuries. To put it simply, the two types of heating within vaporizers are conduction and convection. Conduction vaporizers work by heating up the chosen substance by making contact with a heat source directly below the substance being heated, much like frying onions in a pan. Alternatively, convection vaporizers work more like an oven, circulating the hot air around the vape, meaning the herb gets evenly heated, as opposed to having a substance which is hotter on the side which is making contact with the heat source. Both these types of heating dry herb existed a long long time ago as many communities in the past have attempted to find alternative ways of inhaling their dry herbs and materials.

For the first signs of vaping we are going to have to travel back in time to period of the ancient Egyptians in 5BC. Whilst taking their time off from the pyramid building, there’s evidence to suggest that they had their own version of the dry herb vaporizer. In fact, Herotudus, the ancient greek historian, was known as ‘the father of history’. He mentions the vaporizing experiences of people in that time in his book ‘The History of Herodotus’. He describes how they would place hemp seeds on top of red-hot rocks and wait as they would heat and eventually vaporize. They would then inhale the vapour. This would be the exact same as the above mentioned conduction dry herb vaporizers, which heats by making contact with a heat source beneath. Great minds think alike.

Then came the hookah water pipe, or commonly known as a shisha pipe. This came about approximately 1000 years ago in the region of India, and has had other versions in other places, including Turkey and Afghanistan. Again, hookahs or shisha pipes use much of the same methods as dry herb vaporizers. They use hot coals to heat the herb from beneath, which turns into vapour, which then can be sucked from the long mouthpiece. They are very large in comparison to vaporizers, they have colourful looking contraptions and were often used at social gatherings, so I guess not much has changed!

The evolution of the dry herb vaporizer cannot be explored without looking at the likes of e-cigarettes. The limited benefits of smoking cigarettes for many cultures, especially in the 1900s, was that they were easy, portable and cool-looking. In many ways, the dry herb vaporizers of today have gone further away from the large sit-down contraptions that birthed them, and have learnt a lot from their enemy, the common cigarette (in its portability, not its health dangers).

In 1927, an American named Joseph Robinson invented the first mechanical butane ignition vaporizer. This e-cigarette worked much like a blow torch, and didn’t end up on the market. However, it did pave the way for a future of healthier, innovative ideas for alternative ways of inhaling dry herbs and tobacco.

In 1993 came the Shake & Vape, a huge step forward in the history of dry herb vaporizers. Eagle Bill Omato, known now as the ‘father of vapour’, came up with the idea whilst working with marijuana growers in California. His invention, the shake and vape, uses the same idea that the ancient Egyptians had, except it has a small glass tube with a bowl at the end to place the dry herbs. You light the bottom of the glass tube, but because the flame doesn’t ignite the herbs, there is no combustion and hence no carcinogens are released. This process of inhalation is very similar to that of the Peace Pipe used by Native Americans in the early 21st century, and thus Omato’s Shake & Vape is also known to some as The Peace Pipe of the Future.

And then, there’s us. There’s now. Since the banning of tobacco advertisement in the UK in 1964 (even though the big tobacco companies ‘mysteriously’ get around it), the market over the years has slowly moved towards the vaporizer option, and away from smoking. Due to this, in 2020, the vaporizer market is valued at somewhere between 2.5-10 billion dollars. If only the ancient Egyptians had known. They could have built more pyramids.

Today, vaping exists in many different forms, from dry herb vaporizers, to e-cigarettes and shisha pens. The flavours are extensive, the negative health impacts are much less than traditional smoking (if any at all), and the amount of people using vaporizers are increasing. In fact, around 3.6 million people in the UK currently vape.

Vaping Laws in the UK

Vaping In The Future

If we look back at the ancient communities who heated hemp seeds on hot stones, there may seem to be little similarities between that and the dry herb vaporizers of today. However, as stated earlier, the science behind it is very much the same. Over the years, dry herb vaporizers – and vaporizers in general – have become smaller, more efficient, more portable and healthier. Perhaps we can look at these elements of change when looking at how they may develop in the future.

The dry herb vaporizers of the future will be even more varied in size depending on people’s desire. Some may be more portable than they are now, smaller, and just as easy to carry around as a cigarette in 1920s America. Others will become more solid, more futuristic-looking, for those who don’t like the small pens.

Comment: not sure this is the case. I personally find it quite satisfying to carry a vape which feels like solid in the hand as opposed to the tiny little pens.

The dry herb vaporizers of the future will all have dual-use heating, which allows for vaping both dry herbs and concentrates. Oh wait, oddly enough, our current Nectar Platinum Vaporizer has exactly that. Go check it out!

As battery technology improves, so will dry herb vaporizers! The dry herb vaporizers of the future will have an even longer battery life and heat faster, potentially even allowing them to remain on for multiple days without needing to be charged.

As long as herbs are here to stay then so are vaporizers to vaporize them. The dry herb vaporizers of the future will have rid the market of all smoking and the carcinogens involved with smoking. They will be used as an alternative to combustion / smoking options, bringing a healthier lifestyle to all those who made the switch. 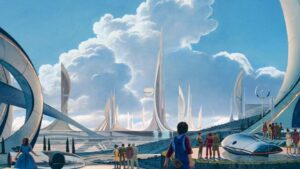 Timeline Of The Dry Herb Vaporizer

2016/17 – Dry Herb Vaporizers restricted due to the boom in the market.

Dry Herb Vaporizers have had a long history, and are more embedded in the fabric of our society than perhaps you once thought. From hemp seeds on hot rocks, to dry herbs in electronic vaporizers, the world of vaping has expanded immensely over the centuries. We may have evidence of what devices people used in the past, but who knows what a dry herb vaporizer will look like in 100 years? Maybe if we got rid of smoking we’d have a chance of finding out lol.

We hope you found this article enjoyable and, as always, educational!

About the Author: Gabriel

BACK TO BLOG
I don't feel lucky
5% Discount
No prize
Next time
Almost!
10% Discount
Free Ebook
No Prize
No luck today
Almost!
50% Discount
No prize
Unlucky
Spin The Wheel To Win a Prize!
Enter your email address and spin the wheel. This is your chance to win amazing discounts!
Our in-house rules:
We use cookies on our website to give you the most relevant experience by remembering your preferences and repeat visits. By clicking “Accept”, you consent to the use of ALL the cookies.
Cookie settingsACCEPT
Manage consent

This website uses cookies to improve your experience while you navigate through the website. Out of these, the cookies that are categorized as necessary are stored on your browser as they are essential for the working of basic functionalities of the website. We also use third-party cookies that help us analyze and understand how you use this website. These cookies will be stored in your browser only with your consent. You also have the option to opt-out of these cookies. But opting out of some of these cookies may affect your browsing experience.
Necessary Always Enabled

Any cookies that may not be particularly necessary for the website to function and is used specifically to collect user personal data via analytics, ads, other embedded contents are termed as non-necessary cookies. It is mandatory to procure user consent prior to running these cookies on your website.